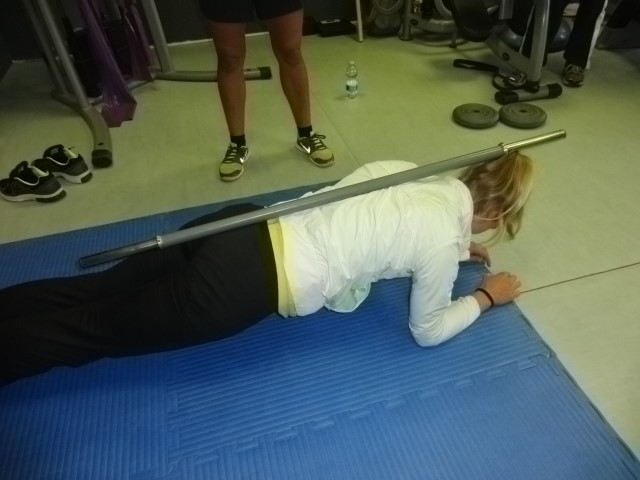 Today in fitness, rehabilitation and sports performance we can find so much misunderstanding of what stability is and how to achieve it. To explain better the role of proper stability in human body, we need to go a step back and understand some basic principles of how our body uses muscles to produce a movement.

Types of muscle actions and functions

For every movement a lot of different types of muscles are used: agonists, antagonists, fixators and synergists. Agonists are, let’s assume, big and strong muscles such as quadriceps, glutei, pectorals, latissimus dorsi…They can produce high amount of force and power and are the main “responsible” for, sometimes incredible, sport performances! They also have aesthetic role: on a well developed body it is easy to see them like on an anatomy chart poster.

Antagonists are the same type of muscles but during the movement they oppose agonists as they tend to relax to allow agonists to move (e.g. during hip flexion gluteus maximus is antagonist for rectus femoris).

Fixators are the muscles which simultaneously contract in both agonists and antagonists and that occurs especially under stress conditions during strenuous effort and increased demand (e.g. during standing on one leg).

Synergists work together with agonists to make agonist stronger. One type of synergists are stabilizers! Stabilizers are much smaller agonists “assistants”. Piriformis, transverse abdominus, rotator cuff – they are acting “behind the scenes”, helping “big guys” to produce movement. During a complex movement they reflexively turn on and off, producing stronger or weaker contraction to help prime movers, that is agonists, to efficiently execute the movement. Let’s consider a push up as an example: people think that push-ups are good upper body exercise. In fact it is, but it is also an excellent core stability exercise! During push-ups, especially at the concentric start and at the eccentric finish, transverse abdominis with internal obliques reflexively prevent hyperextension of lumbar spine. During squats, the piriformis, together with other external rotators, keeps knees from doing valgus preventing in that way any possible knee joint injuries.

Anybody can benefit from stability training. Stability demands are different for every movement pattern. If you stabilize well in a bilateral stance, maybe you will not be so good in unilateral stance. Stability training prior to strength training is necessary because is building proper foundation for efficient movement. Researchers have demonstrated that if you are not able to stabilize efficiently your joints during movement, then you will not be able to generate force from them. A lack of stability increase the stress on your joints and overloads passive stability tissues (tendons, ligaments) which may potentially lead to injury.

Every joint in human body needs more or less stability. This chart shows the biggest joints which primarily need stability.

The warm up is the perfect time for introducing the stability work primarily on the knee, lumbar and scapulo-thoracic joint. By this we help our prime movers, agonists, to function easier and efficiently.

You can notice the lack of stability if someone is having a hard time controlling the static or dynamic movement. The example for static movement is a half kneeling stance, whilst the example for dynamic movement could be the leg raise test where a person raises its leg from a supine position. If you notice more passive than active movement then that will be a classic example of range of motion over which a person doesn’t have control.

These are the common stability problems:

When we lack stability:

* Shirley Sahrmann: With repeated incorrect movement (in our case, the unstable joints), mechanical stress occurs and results in premature degeneration of the joint and eventual pain from repetitive stress.

People or athletes often do the stability training in a completely wrong way! Maybe that occurs because they don’t understand well the definition of stability. Stability doesn’t mean staying still, and can’t be trained in that way! Plank is a good example: holding plank for 1 minute or more is not stability training, but the isometric training.

Remember that the stability muscles contract fast and reflexively, so after only few seconds in a plank position, big and strong rectus abdominis and external oblique take command and the real stability practice is over!

One of the best available stability definitions is provided by Charlie Weingroff: stability means keeping position in a presence of change!

According to my opinion, stability training means maintaining an adequate anatomic position of joints despite external influences. Imagine a flag on a strong wind: in order not to fall down, the flagstick should be very stable when the wind continuously changes direction. The 1 minute front plank is, for the flagstick, like the wind blowing only from one direction. But if we introduce into plank breathing with neck rotations, or put stability ball in action, we will have wind from all directions. That is the real stability training as far as I’m concerned.